Maple Syrup and Book Review of The Sugar Season 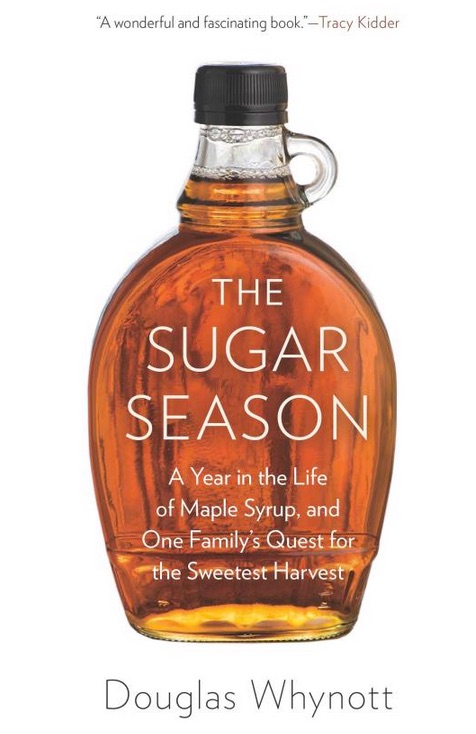 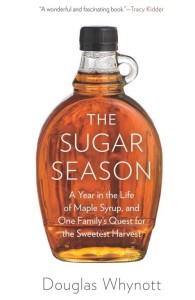 The 2014 book The Sugar Season: A Year in the Life of Maple Syrup, and One Family’s Quest for the Sweetest Harvest, by Douglas Whynott gives us a glimpse into the maple syrup industry, dominated by large Québeçois confederations, American family-run farms, and corporations buying up those farms. Whynott brings us up close with the Bascom family of New Hampshire, who’ve been running their sugar bush for several generations and who’ve also made a business as wholesalers and brokers for other, smaller operations. We get a brief history of maple production, from the days of spouts and buckets hung on trees to today’s vacuum tubing snaking through maple groves, from small hobbyist sugar shacks in people’s backyards to giant production facilities that use reverse osmosis and other advanced technology to wring every last drop of syrup possible from the trees.

Maple syrup is a harbinger of spring because its production always take place in that twilight between the meteorological seasons of winter and spring. When the days begin to warm up the trees start to wake and the sap starts flowing up to the branches as fuel for producing the leaves they will need over the summer. But the nights need to drop below freezing to keep sap flowing and the leaf buds from starting and producing off-flavors in the eventual syrup. It’s a brief intense period most years, lasting just a few weeks in which a whole year’s crop must be gathered, cooked, and stored. Whynott documents the human elements of families and farmers racing the calendar while eyeing the price per barrel which fluctuates more than oil on the open market and costs more per barrel than oil to boot. We learn what makes people want to deal with the stress and the uncertainty every year and the compelling addiction of watching something you take for granted–the trees in your backyard–produce something so wonderful and perhaps even so lucrative.

Whynott does spend a substantial portion of the book marveling that the 2011 season he’s documenting occurs so early and how global warming is changing everything and that the future of maple production will never be the same because the sap was running earlier than ever and ended so quickly. Which was a bit odd considering that this winter saw the start of the sap run begin so late and last so long. But as they say, one winter is not an indicator of climate change trends so what do I know? The doom and gloom atmosphere did tend to bring the tone of the book down by the end.

Nevertheless, I enjoyed the book and it inspired me to take my family to check out a local sugar shack this spring and so, in late March, I took everyone to Hollis Hills Farm in Fitchburg, Mass., to see a real evaporator at work and to taste real fresh maple syrup. Hollis Hills isn’t just a maple syrup operation though, but a real working farm with fruit orchards and vegetable fields and many farm animals. They raise pigs and cows for meat as well, which they sell in their store along with their maple products. On weekends they also serve breakfast of pancakes, eggs, bacon and sausage and of course, all the eggs, bacon, sausage and syrup come from the farm and it was all incredibly delicious. The bacon and sausage were amazing as was the syrup. I even made a little video of our visit there which I hope you’ll enjoy below.