Learn the Secrets of Star Wars in a new podcast
Share:FacebookTwitter
PodcastsTV and Movies

Learn the Secrets of Star Wars in a new podcast 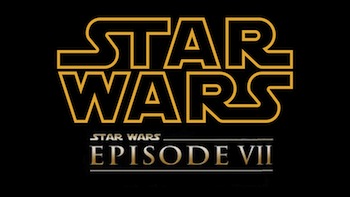 I’m happy to announce a brand-new project, something I’m very excited about. I will be co-hosting a new podcast with SQPN’s Fr. Roderick Vonhögen called “The Secrets of Star Wars”.

With the acquisition of Lucasfilm by Disney and the news that new films are planned, including a major installment in the primary mythos directed by J.J. Abrams and due out in 2015, there hasn’t been so much excitement among Star Wars fans since the prequels were announced nearly two decades ago.

This isn’t going to be just a fan-geek podcast. We’ll be delving into the latest news and rumors about the movies, including Episode VII, but we’ll also look at the stories behind the films, the deeper meanings, the worldviews and philosophies from which they gather their strength.

Of course, it won’t be so heavy the majority of the time. We’ll also find the fun creations by both fans and those involved in stewarding George Lucas’s legacy. And Fr. Roderick and I will have fun as only two guys whose lives were changed at 9 years old by seeing Star Wars for the first time can.

So subscribe via iTunes on your iPhone, iPad, or iPod touch (and, okay, your Androids too) or keep an eye on our website to listen to the latest episodes on your computer.

In fact, our first episode, “SSW001: Thank the Maker!”, is now available for your listening pleasure. So check it out and let me know what you think. Can you tell how excited I am?

Raising the Betts #171: A Wedding and A Holiday

Raising the Betts #170: Christ the King

Raising the Betts #168: When Will You Love Jesus?

Raising the Betts #167: The Best Chicken Noodle Soup Ever?

Raising the Betts #166: Walk in the Woods