It’s not the money, it’s the conflict-of-interest 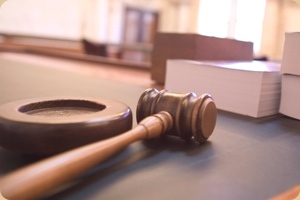 The Boston Herald reports today that clerk-magistrates in Massachusetts and their assistants get a little know perk of their job worth about $2.5 million last year. When a suspect is arrested outside of regular court hours, state law requires that bail be set within six hours (or denied) so one of the magistrates is on call at all times. The clerk-magistrate or assistant sets bail when a regular court hearing can’t be scheduled in time. If a defendant makes bail then the magistrate gets $40 directly from the suspect as a bail fee.

But critics are saying that direct payment to the magistrate creates a conflict-of-interest and diverts funds from the taxpayer-funded judicial system. The conflict arises because the magistrate only gets the fee if the defendants makes bail and thus there’s a financial incentive to set low bail.

Defenders of the system say that the direct payments are necessary in order to attract people to the jobs and compensate them properly. To that I respond, 10 percent unemployment. There are plenty of people who would do the jobs. But the defense is still particularly weak.

It’s “unrealistic to assume you should ask people to work beyond their normal hours of employment without any sort of compensation,” said Keith E. McDonough, clerk magistrate in Lawrence District Court and vice president of the Association of Magistrates and Assistant Clerks. McDonough earned $28,927 in fees last year.

No one is suggesting they work beyond normal hours of employment without compensation, but perhaps the compensation should come in a form that doesn’t set up a conflict of interest.

That’s for hourly employees. In the Dreaded Private Sector, salaried employees, which the magistrates and assistants surely are, do not get overtime for extra hours worked. It’s part of the job.

And although the state may be missing out on millions in fees, at least the suspect-funded system does not strain the Massachusetts coffers, he noted. “From a taxpayer perspective, I think it’s a very good deal,” he said. “It’s not coming from the state’s budget.”

Which addresses the financial aspect, but not the conflict-of-interest aspect, neatly sidestepping the important part of this criticism.

State Bail Administrator Michael J. McEneaney defends the system, saying the fees were instituted to attract and retain employees who wouldn’t do the after-hours work otherwise. “Don’t trash it unless you have a better system you want to propose,” he said.

The classic defense of those who have no better defense. Better systems have been proposed, including one mentioned in the article. Unless, of course, when McEneaney says “better” he means better for the clerk-magistrates’ and clerk-assistants.