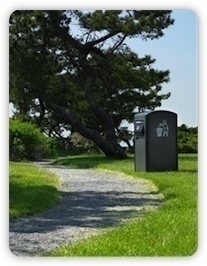 Barack Obama’s pork-filled so-called stimulus bill is so full of big government waste, you could spend all day documenting it. Here’s one example from Massachusetts. How about nearly $22 million for solar-powered trash-compacting garbage bins for state parks. These modern marvels cost $3,600 each.

How many jobs are going to get “stimulated” by this boondoggle? The Mass.-based company that makes employs 23 people, although they bins are actually assembled in Vermont. Will we double the number of employees? that would be $1 million per job. What a bargain.

Oh, but the state hacks behind this plan claim that we’ll also be saving money.

BigBelly Solar trash compactors are designed to do more than prevent litterbugs, state officials said. A solar-powered battery compacts the rubbish, cutting fuel costs by decreasing how often state workers must pick up the trash.

And how much in gas savings are we expected to believe are going to be realized from having to empty these trash cans half as often? How many years will it take to recoup the cost of buying, installing, and let’s not forget maintaining (fixing broken ones, replacing dead batteries, etc.) $22 million worth of this “shovel-ready” project?

I’m beginning to think “shovel-ready” doesn’t refer to projects ready to spring into action once they’re funded. I think it refers to how much b** has been shoveled to convince us that this stimulus bill was a good idea. Apparently, not enough for some of us.