Germs are good for kids
Share:FacebookTwitter
Marriage, Family and Parenthood

Germs are good for kids 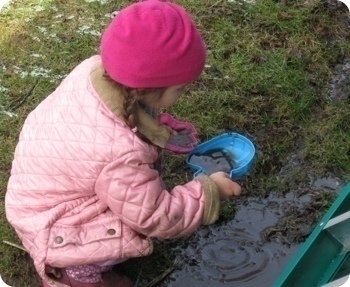 One area of parenting philsophy in which Melanie and I definitely agree is that we don’t obsess about kids getting dirty, touching dirty things, or eating things that, shall we say, made a detour between plate and mouth. It’s not that we want to encourage uncouth habits, but we recognize that we don’t live in sterile haitats and that for eons kids have been doing just fine rolling in and even consuming some small amounts of dirt and dirty stuff.

It turns out that science supports our parenting instincts. According to a new study out of Northwestern University, dirt and being dirty is good for kids. In fact, exposure to common germs and bacteria as children can lead to cardiovascular health as adults.

“Contrary to assumptions related to earlier studies, our research suggests that ultra-clean, ultra-hygienic environments early in life may contribute to higher levels of inflammation as an adult, which in turn increases risks for a wide range of diseases,” says Thomas McDade, associate professor of anthropology at Northwestern University and lead author of the study.

I think this is a case of science supporting common sense. You can’t build up an immuniy if you aren’t exposed to germs. And if you don’t have an immunity against the small stuff, you’re in big trouble when you’re exposed to the heavy-duty stuff. The study says the same thing, but only in a way that a biology Phd would say it.

“In the U.S we have this idea that we need to protect infants and children from microbes and pathogens at all possible costs,” McDade concludes. “But we may be depriving developing immune networks of important environmental input needed to guide their function throughout childhood and into adulthood.

Yeah, what he said. No, scoot along outside and make some mud pies. And finish this apple you dropped on the floor. It’s good for you.