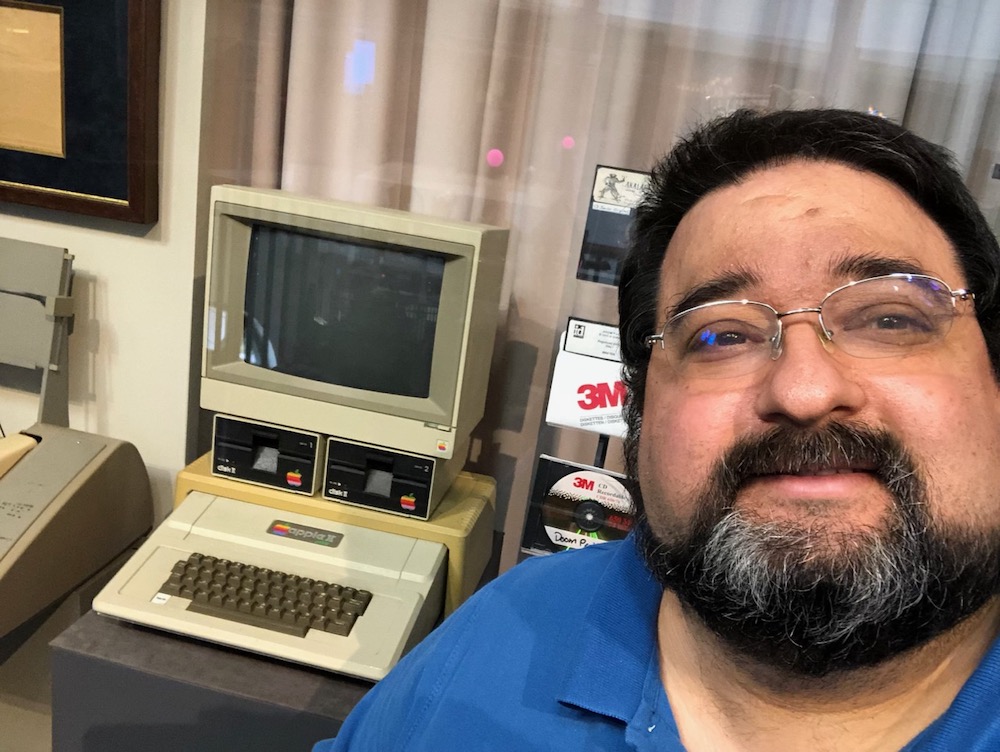 [lead dropcap="yes"]A guy about my age found his old Apple IIe in his parent’s attic, posted his nostalgia on Twitter, and got the world agog about his 30-year-old computer nostalgia. I have to admit, I’m nostalgic too.[/lead]

John Pfaff tweeted about finding the computer and then followed with a series of tweets and photos of the computer running various old programs from the floppy disks that still worked.

An Apple IIe. Sat in my parents’ attic for years. Decades.

Put in an old game disk. Asks if I want to restore a saved game.

I’ve written before about my history with Apple computers, and I would love to go back and see some of those great early computers we had. I would love to have that Apple //c or Apple IIGS again and all that great software. Pfaff plays with some of the software I used back in the day, including Olympic Decathlon. Happily, you don’t need to find an ancient, still running Apple II computer to revisit that old software as the Internet Archive has a lot of it online and usable in a browser-based emulator. However, it won’t uncover the old personal files, like the letter from his late father that Pfaff found.

But it can still be a fun walk down memory lane. I do wish I had that Apple IIGS though.