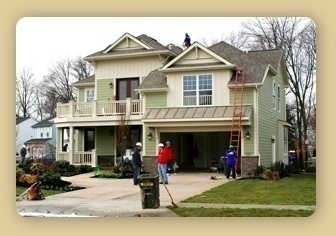 I have to admit that I stopped watching “Extreme Home Makeover” some time ago. What had been a nice show that showed amazing homes being built in record time alongside heart-warming stories of people pushing forward in the face of difficult situations while being buoyed by supportive communities degenerated into an emotionally manipulative and crassly commercial tearfest. Every reveal had become a cookie cutter of last week’s with the same tears of joy and high-fives and cheering crowds and all, while the episode’s tearjerker storylines all had the same edits designed by the producers to clue you in that you were to start crying …. NOW! I was also annoyed by the fact that More time was spent promoting actors’ new movies and musicians’ new albums than on the actual construction of the houses. Or how about the interminable post-commercial break recaps, as if our attention spans are so short that we can’t remember what happened 2 minutes ago, followed by the constant “stay tuned for this” previews of the next segment.

What had become so very distressing, though, was the ridiculousness of the houses they were building. In the later seasons, unlike the more reasonable homes of the early days, people of modest means were having their homes bulldozed and replaced by impractical mega-houses whose rooms, especially the kids’ bedrooms, were so overdone with catchy themes, it was like a drug-addled trip Disney’s Fantasyland rides. I wondered at the time how the homeowners would live in these McMansions. Would they take out new mortgages on them? Would they be able to afford the massive increase in taxes? Or the increase in utility and maintenance costs? Would they even be able to sell them if they needed to?

I guess we have our answer. The Wall Street Journal looks at how the housing bubble’s bust affected “Extreme Home Makeover’s” approach to homebuilding and how it affected homes from previous seasons. It ain’t pretty. Out of the dozens of home from the 7-plus seasons the show’s been on the air, at least one house has been foreclosed, more are in imminent danger of foreclosure, and others just can’t be sold. Still other homeowners have gotten themselves into big debt taking out mortgages on their “free” houses. Many of the owners are indeed struggling to maintain their mega-houses, especially since most of them never had the type of income in the first place to afford these expensive properties.

Several owners have sought loan modifications to reduce their payments in order to stay in their homes, lenders say. Some families seek a quick-fix by trying to sell. But because Extreme Makeovers tend to be big, fancy residences plopped into working-class or rural communities, the houses can be a hard sell.

One family mortgaged their 5,300-square-foot, 5 bedroom, 7 bath, 5 fireplace mansion to start up a construction business that tanked. Another kept taking out mortgages on the equity while he struggled to find a job. Meanwhile, the community volunteers who helped build the houses are angry that their hard work and dedication has resulted in the recipients of their generosity are in some cases worse off financially.

This all results from what is called Sudden Wealth Syndrome, which results when people unaccustomed to wealth suddenly acquire it and end up in a cycle of impulse buying, increasing monetary obligations, and social isolation. So many people, even those who don’t play the lottery, think how much happier we’d be if only we had a financial windfall that paid off all our debts and left us with financial independence. Usually it doesn’t work out that way.

“I’ve not talked to anyone who is just totally enthralled with the winnings that they have and just perfectly happy,” said Dr. Steven J. Danish, professor of psychology at Virginia Commonwealth University in Richmond.

In fact, many winners end up deep in debt. I recall an article on the subject from 15 years ago in a Pittsburgh newspaper that described one man who had so overspent his annual check that as it arrived, it was gone and he had to work two jobs just to pay for the rest of his expenses. Then there are the stories of families who get into feuds over disputed winnings. Or the guy from West Virginia who hit the record-breaking jackpot who ended up getting robbed not once but twice.

Sure, not everyone has problems. Some people are smart enough to hire financial advisers and money managers and establish foundations and other complicated financial entities to protect themselves and their new wealth.

But the simple reality is that when you earn your wealth over time, you learn the lessons in how to maintain it and live with it. With time and experience come wisdom. Unfortunately, we are an impatient people who want the golden ticket today, not later. And this is why the highest lottery sales are in the poorest communities and why people who win wealth—or windfalls from Hollywood benefactors—often end up worse than before.