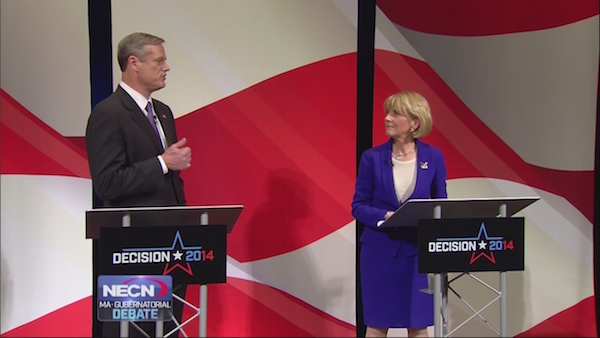 If you want to an illustration of why people are increasingly turned off by politics and elections and why there is so much voter apathy, the race for Massachusetts governor provides a timely example. The two candidates, Republican Charlie Baker and Democrat Martha Coakley, had their last debate last week and one of the question they were asked was “When was the last time you cried?”

Yes, really, that was an actual question asked by a member of the Fourth Estate. It wasn’t the only inane question asked of them. Here are the others:

Seriously? Are we so bereft of substantive topics in this election that we resort to fluff? The crying question is especially egregious because it plays to a troubling trend in our society, that somehow one can only be electable if one is vulnerable or soft-hearted. Bunk. It’s stupid and it turns off potential voters who are become more and more convinced that voting doesn’t matter because it’s all either show business or a popularity contest and that the candidates are just the next set of interchangeable bought-and-paid-for politicians who really serve themselves first and their deep-pocketed supporters second and voters a distant third or fourth.

Of course, this silly political theater doesn’t end with the crying question because Baker’s answer created another fake furor. Obviously, neither candidate would admit crying over a TV commercial or something truly personal, but offered up a nugget designed to pander to a voting bloc. In Baker’s case, he described crying recently when he told a gathering about an encounter he had in the 2010 gubernatorial race with a big, burly fisherman who regretted bringing his sons into the family business and thought he’d ruined their lives.

Never willing to accept a fluffy answer to an irrelevant question, the local media have gone into full frenzy mode with one question: Who is the mystery fisherman who shed tears with Baker four years ago? Baker didn’t remember his name and admitted that some of the details from what he said in the debate are hazy and may not be accurate. From Gloucester to New Bedford to the South Boston waterfront in between, a legion of reporters have fanned out to … what? What’s the point?

When they find this guy, what will he add to the final days of this campaign that could help voters decide which candidate to support? But that question has been superseded in the minds of the Gotcha brigade by one they deem more important: Why can’t they find this guy? Every where they go they are either met by shrugs or silence from the fishing community. (Gee, that some working class guy who shed impromptu tears with a politician over something he’s cleared ashamed of wouldn’t step forward to be exploited in newspapers and local TV is incomprehensible to me.)

Meanwhile Coakley, who is behind in most polls, is trying to take advantage of this non-issue by questioning Baker’s integrity and using fishermen as props for her own political ambition.

And the rest of us, the voters of the Commonwealth of Massachusetts, sit on the sidelines and gape at the spectacle. Or I suspect in most cases, they yawn and turn the channel to the Simpsons. This whole bluster and kerfuffle amounts to nothing. No matter who wins on Tuesday, this whole situation will be forgotten by next Saturday.

But the longer-range consequence is that potential voters are ever more turned off by the elections–whose campaigns now stretch from one voting day to the next–and become even more disengaged by a political process that seems to be more about building the egos of politicians, the resumes of wannabe Woodwards and Bernsteins, an d the influence of special interests than about serving the common good of the people of this Commonwealth.

They Get You Coming and Going 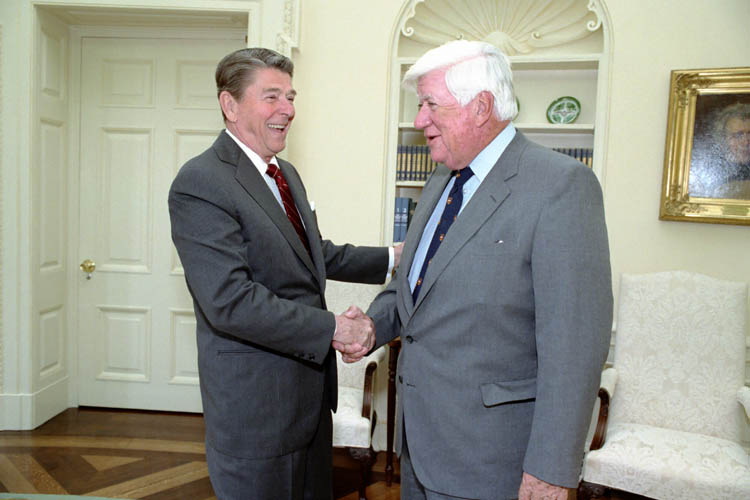 When Politics Wasn’t About Destroying the Enemy