Subvet at Catholic Dads asks for information on the use of aborted children in vaccines.

I feel like I’m opening a can of worms but here goes.

Anybody know about the use of fetal tissue for the generation of vaccines for common childhood ailments? When I first heard of it I asked my wife (pediatric RN) and was told she’d never come across anything about it. The diseases mentioned included those I got vaccination for back in the ‘50’s, long before our culture of death got up and running in a serious way. For that reason I was willing to write it off as one more conspiracy theory, probably on the same level as the one stating we never made a Moon landing. But it keeps cropping up on various Catholic sites I go to, some of them are fairly solid in their approach to things.

Everybody here seems to have both oars in the water (normally). So I figured I’d throw this out and see what might come up.

Coincidentally, I received the following chart in email. I know it might be a little hard to read so email me if you need a larger version of this. 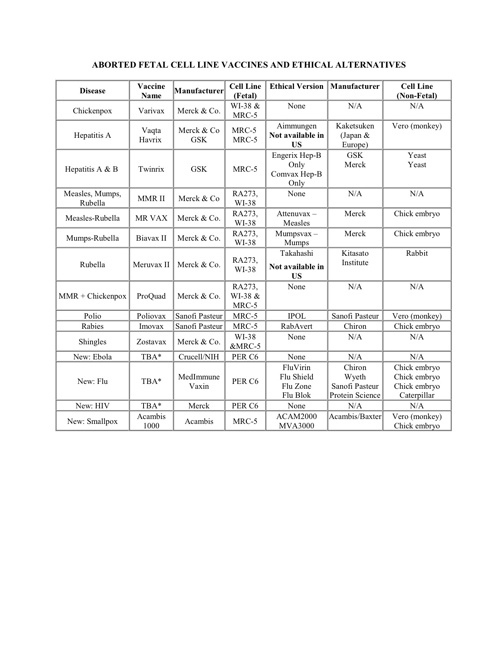