Catholic in Boston after the Marathon
1 comment
Share:FacebookTwitter
BostonFaith and Liturgy

Catholic in Boston after the Marathon 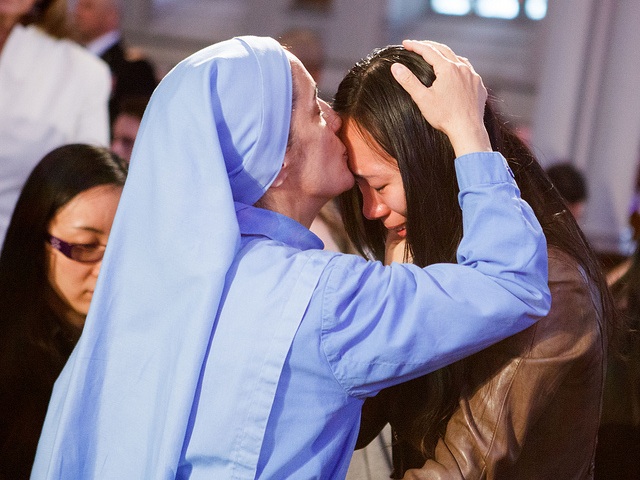 This is a piece I was asked to submit to the Catholic Herald newspaper in London after the Marathon bombings from the perspective of a Catholic in Boston. This is the original I submitted. It was published in print in the April 26, 2013, edition.

The events of the past week in Boston are both unprecedented and all too familiar. As Americans we’ve been here before. Terrorists, both domestic and foreign-born, have visited us time and again, from rogue airplanes to fanatics with guns to crazy men with bombs. We were brushed closely by it in 2001 as the hijackers of the airplanes who flew into the Twin Towers in New York flew out of our airport, carrying many of our friends and neighbors with them on their path of destruction. Yet the Boston Marathon bombing was different for us in Boston.

The Boston Marathon is an institution more than 100 years old, run every year without fail and the world’s oldest continuously run marathon. It is an event that highlights the indomitability of the human spirit, with athletes pushing their bodies past the breaking point through sheer force of will, past the most harrowing portion of the course called “Heartbreak Hill.” Many of the runners are not natives of the Boston area, but come from all over the world to run in this unique event and as Bostonians we love to welcome them to our town, to show them our hospitality, to line the racecourse and cheer them on when their will to continue may be flagging. The Marathon is part spectacle, part parade, part street party. It is uniquely Boston.

The Marathon occurs on Patriots Day, the third Monday in April, a holiday in Massachusetts when we commemorate The Battle of Lexington and Concord, where a band of ragtag militia fought troops of the British garrison in an action that would later be known as the beginning of the American Revolution. It is a day of great pride in Massachusetts, which holds itself up as the birthplace of the American Republic and a cradle of liberty. In some ways, for Boston, Patriots Day is the focal point of American pride and self-regard, even more so than July 4, Independence Day, because it is uniquely our day.

But even as it is an American city, Boston is also a Catholic city. Half of Massachusetts citizens identify themselves as Catholic, as least by family connection if not actual practice. They are the children and grandchildren of immigrants from Ireland, famously, but also Catholics from Italy, France and Québec, Germany, Poland. Those often bright-eyed optimists gathered in Boston in true melting pots, in neighborhoods that were not enclaves based on national origin, but on common faith, where one lived in a “parish”, not on a “street”. Walking down the streets of Dorchester or the West End one could hear Italian through one open door, French through another, and English with an Irish brogue from a kitchen window. It’s a city that has famously embraced newcomers and now those same neighborhoods and parishes ring with the sounds of Haitian Creole, Cape Verdean-accented Portuguese, and Vietnamese.

Boston has never been perfect though. While some neighborhoods were melting pots of mainly Europeans, they were not always as welcoming of those with different skin colors. The racially motivated riots of the 1970s over students being bused to different neighborhoods, in order to racially balance the schools, will be remembered to our shame. Yet it was often our Catholic priests and religious who stand in solidarity with black Bostonians against the hatred, and today that hatred is no longer accepted, or at worst, pushed back down into its dark hole.

Certainly the Catholic faith is one reason for that change as bishops and priests have stood firmly against the sin of racial violence and discrimination. And thus while the practice of Catholic faith has waxed and lately waned, it remains there always as an identity and a touchstone, available at need, providing a moral nudge here or a comforting shoulder there. On Monday, April 15, the need became urgent again.

Bostonians have an infamous brand of reserve, not like the stoicism of our British friends, but a bluster that doesn’t admit too much of being phased by events. We may stagger. We may even stumble. But you won’t see us cry out. And yet we will turn to our faith and look to the Lord, wordlessly perhaps, but always for reassurance.

After the bombings on that Monday, even before the smoke cleared, Bostonians turned to prayer. Twitter and Facebook were littered with the expressions of horror, but also cries for God’s protective mercy. Catholics prayed to St. Michael, patron of police, and St. Florian, patron of firefighters. Signs of our faith were everywhere, not the least at a press conference where two leading firemen, having concluded a media briefing, walked away crossing themselves, perhaps asking for strength to return to the search for possible unexploded bombs.

As victims were prepared for surgery in operating rooms across Boston, Catholic doctors and nurses, confronted with horrors only imagined from battlefields, turned to their faith, whispering the names of Jesus, Mary, and Joseph as they sought strength to provide a calm, comforting presence.

The most poignant sign of faith of all, perhaps, was the photo of the youngest of the fatalities that day, 8-year-old Martin Richard, smiling in a crisp, white suit, holding a handmade felt banner, and expressing all the joy of his First Communion, a moment that fills the hearts of parents everywhere with the hope of a life lived to the full within the embrace of Holy Mother Church. Likewise, another photo of Martin in a classroom holding a handmade poster that read “No more hurting people. Peace.” seemed to sum up the heartfelt response of all people of goodwill to the attacks. A young Catholic child, victim of the violence, said it best for us.

At an interfaith prayer service in Boston’s Holy Cross Cathedral attended by Boston’s mayor, Massachusetts’ governor, and the President of the United States, Cardinal Seán O’Malley, OFM Cap., Archbishop of Boston, offered that “We must overcome the culture of death by promoting a culture of life” and that we can only “repair our broken world” not as a collection of individuals, but together as a community, as a family. On Sunday, in a Mass for the repose of the souls of the victims, Cardinal Seán returned to that theme: “It is only a culture of life and an ethic of love that can rescue us from the senseless violence that inflicts so much suffering on our society.” He added, “We must build a civilization of love, or there will be no civilization at all.”

This is the mandate that Boston Catholics, and all Catholics of good will, must walk away with after this week. We cannot return to our former complacency. We must be motivated to make a change. Let our civic pride and our righteous anger blossom into steely determination that answers hatred with love. We can no longer sit back and wait for someone else to repair the broken world, but we must start with ourselves. As Chesterton famously answered in response to the question “What’s wrong with the world today?”: “I am.” Let us start there, and then we can begin to build the culture of life and civilization of love that will see no more bombings of families who just want to have a nice day seeing athletes give it their all.