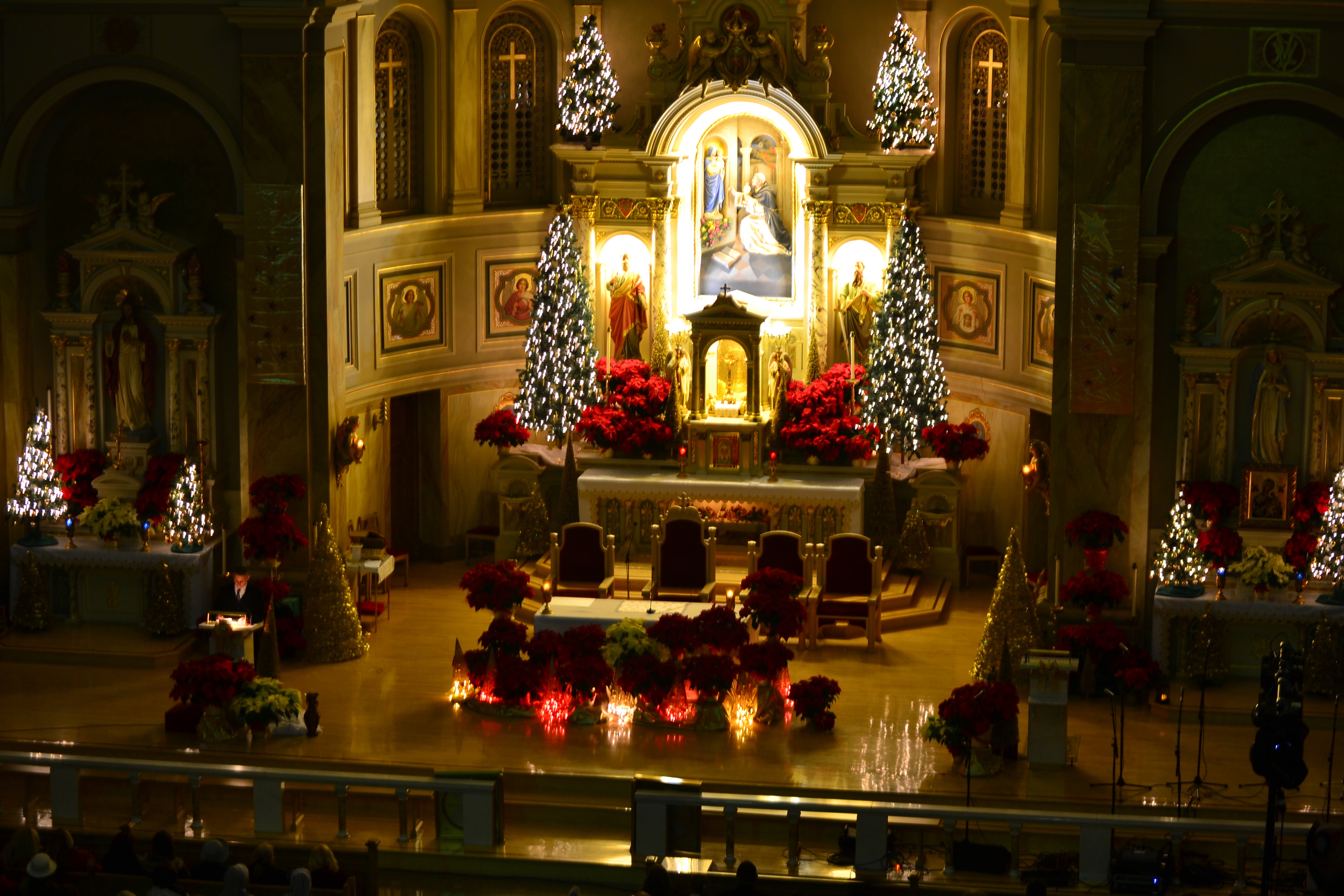 [lead dropcap="yes"]At first, I was going to comment on this article, “Why Churches Shouldn’t Cancel Services on Christmas Day,” by pointing this out as an essential difference between Protestants, on one side, and Catholics and Orthodox, on the other.[/lead]

It seems many Protestant churches, especially of the Evangelical and mega-church variety, won’t have any services on Christmas Day, even though it’s a Sunday. That’s because they don’t usually do Christmas services so people can spend it as a “family day.” Instead, many of them are planning candlelight services on Christmas Eve, but many don’t even do that.

But it’s Sunday! The Lord’s Day, the feast of the Resurrection in which we commemorate the passion, death, and resurrection of the Lord. Remember the first commandment? Keep holy the Sabbath. As a Catholic, I can’t even conceive of not going to Mass on a Sunday. Or can I?

The fact is that we Catholics have started to fall prey to this as well, except in a slightly different way. How many Christmas Eve Masses will there be at your parish this year? Our parish has four. Most parishes around here have similar numbers. I know one parish where the parish tried to reduce from five to four and got an earful from parishioners. Everybody wants to go Christmas Eve so they don’t have to get up and leave the house in the morning, so they can stay in their pajamas amidst the gifts until it’s time to make Christmas dinner.

That’s sounds nice, but it kind of misses the point, doesn’t it? If we’re braving the scrum on Christmas Eve, packing in like sardines, barely able to hear or participate in the Mass, checking off our obligation in order to say it’s been fulfilled so we can have Christmas Day for ourselves, are we really putting Christ in Christmas? Oh, of course, I applaud those who actually make the effort to go to Mass at all. That sets you apart from most, to be sure. But is that really what we should be offering?

When Christmas falls on a Saturday, it’s even more stark. See how empty the pews will be on December 26 during a normal Sunday. We’re all about obligations and fulfillment, but are we truly worshipping?

The point of Christmas is not presents and family time. Those are nice peripherals, but the point of Christmas is that God became man, took on our flesh, not because He had to, but because He loved us, knowing that 33 years later He would be physically brutalized and crucified so that He could rise from the dead and save us from our sins. Maybe that merits a bit more effort from us every year than the obligatory seat warming so we can hear nice Christmas carols, endure Father’s homily, and rush back home so we can sleep in tomorrow and spend the day lounging about.

I want to add one extra word here about a related matter, which is midnight Mass. This is different. Midnight Mass is not just a longstanding tradition in the church, but it’s also a special effort. Getting up in the middle of the night to head out into the cold (well, anywhere north of the Mason-Dixon is cold) and worship for an hour is going the extra mile, and not just because my family does it. This is not punching the ticket so we don’t have to get up in the morning, but a sincere decision to worship in the quiet of the night is participating in the middle of the night vigil with Joseph and Mary, keeping watch with the shepherds as choirs of angels proclaim to them.

That said, if the churches themselves and the people who go to Mass each week don’t express the importance of worship as more than obligation, than why will anyone else be bothered? Where is your witness?