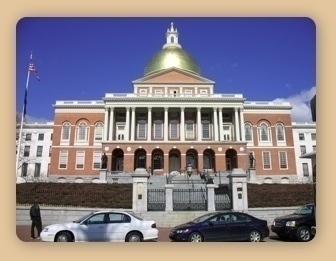 By state law in Massachusetts, employers must buy back some portion of employees’ unused vacation time when they leave their jobs, unless the employer stipulates a “use-it-or-los-it” policy up front. In my own job, I can bank up to 1.5 times my annual vacation time and carry it year-to-year and even sell it back when I leave my job. But that’s only at the end of employment and a very limited amount. And it doesn’t include sick time. That’s probably even more generous than most private-sector employers

Not so for employees of the Commonwealth of Massachusetts. State employees can sell back up to 15 weeks of unused time and in some cases, such as Massport—which runs the seaports, airports, and some other transportation conduits— they can sell it back annually.

At the University of Massachusetts, they paid out $8.7 million in unused-time buybacks just last year. All told, the state paid $50 million last year, including $90,500 to departing employees of the Governor’s Office, which is notable because Patrick has been a critic of the practice.

Meanwhile, we have record unemployment and the state is crying poor-mouth as it cuts programs and aid to local cities and towns, while calling for increases in taxes and fees. Yet, a departing employee at Salem State College retired with a $151,000 buyback last year. The State Police force as a group paid $5.6 million in buybacks, while the Trial Courts paid $3.7 million.

I’ll believe their cries of empty pockets and threats to cut programs unless they raise taxes, when I see them start to cut these and other massive perks from the budget. They may claim that we’re in a Great Recession, but they certainly don’t act like it.