A Day at the Franklin Park Zoo
2 comments
Share:FacebookTwitter
Boston 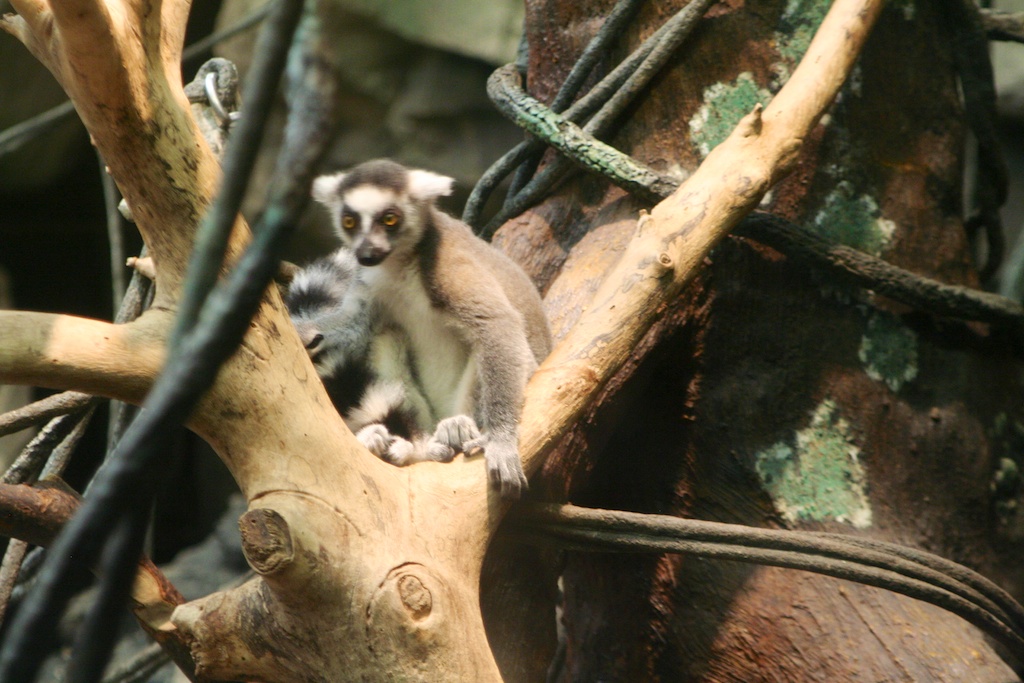 In today’s vacation adventure, we headed out to the zoo. The big question was, “Which zoo?” We’ve gone to both Roger Williams Zoo in Rhode Island and Franklin Park Zoo in Boston. Roger Williams might be a little nicer, cleaner, and some better animals. Franklin Park is much closer and isn’t that bad. (It was renovated a few years ago when the movie “Zookeeper” starring Kevin James was filmed there.) Roger Williams has elephants, but Franklin Park has a lion (albeit one that moves so little that I swear it was laying in the same place and position it was last year when we went). It was a real toss-up, but we went with Franklin Park. 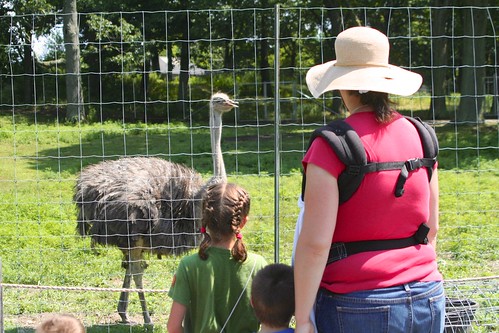 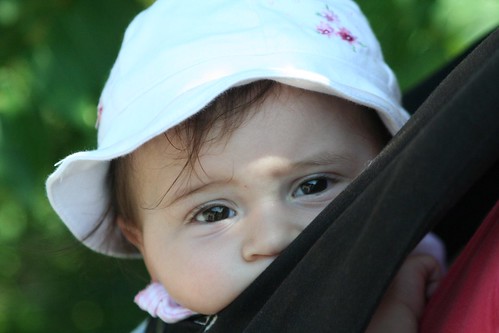 Incidentally, we’ve learned an important lesson about museums and zoos this week. When you’re taking a family like ours – 2 adults and 3 or 4 kids who require admission price–the one-year family membership is only a few more bucks. So we ended up buying memberships to the Museum of Science and Franklin Park Zoo. The MoS membership has the usual perks of a small discount on parking, the store, and the cafeteria, plus passes to some of their big theater shows. Franklin Park’s membership is just for admission, but I have to add that parking is already free. But really the big deal is that for the next year, we can go to these places essentially for free. And if we compare the cost of memberships to all the great museums and zoos in Boston to the cost of private school tuition, I simply call it “homeschool tuition” and it seems like a great deal. 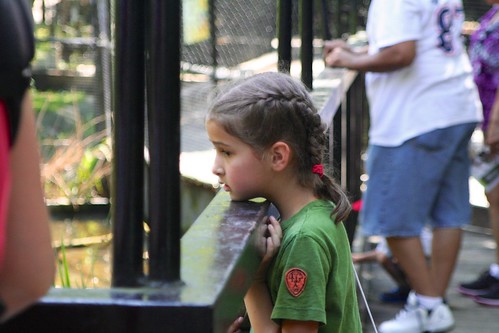 The zoo itself is pretty good for a government-run institution in a not-so-great part of the city. There are animals from North and South America, Africa, and Asia. Some of the large, marquee animals are the lion, tigers, giraffes, gorillas, and zebras. There’s a barnyard where kids can see and pet typical farm animals and an area where they can see animals found in more rural areas of New England. There’s a butterfly house and an aviary (we skipped those on this trip, but we’ll see them next time). There’s also an Australia area in addition to an African-themed area. There’s also an indoor tropical rain forest area that houses creatures from different continents like tapirs, capybaras, several kinds of snakes, and the gorillas. 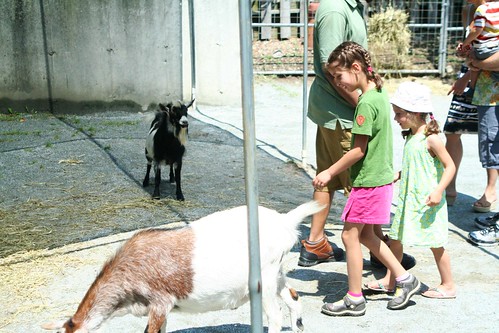 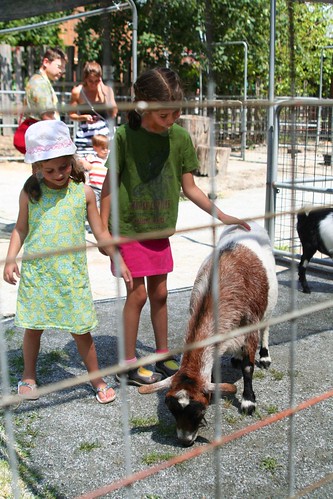 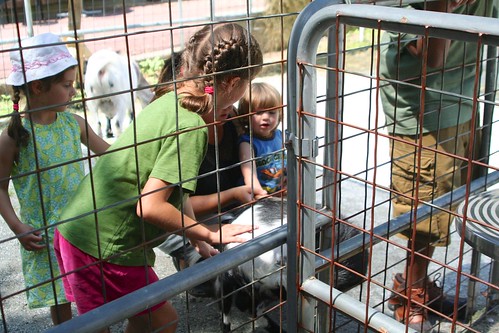 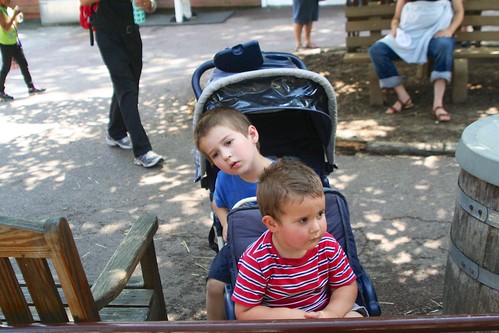 In addition to needing touch-up paint in most places and some scrubbing, I felt like they could do a better job of maintaining visitors’ interest through a narrative, something that Disney has pioneered and other attractions have followed. Don’t just show me a lion in an African area, but draw me and make me feel part of the adventure. There were hints of an attempt here and there, like the jeep that apparently “crashed” into the lion exhibit and which allows little ones to climb in and get a closer look at the lion. 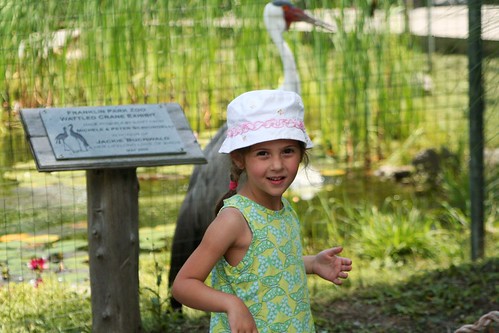 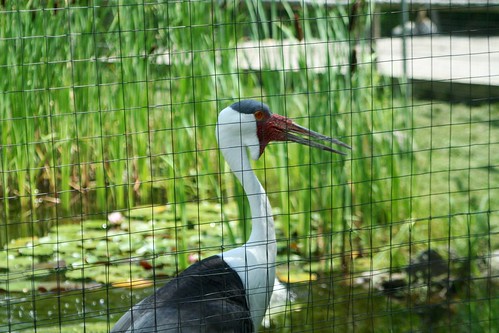 The zoo also has an quite a bit of history, dating back over 100 years and while there are signs pointing out some historical items of interest, they seem strangely neglected, of the variety of “If you look into this overgrown area of trees and bushes, you can just make out the top of a large castle-like tower that was one the centerpiece of a large rose garden.” Really? Sounds amazing. And this has been allowed to decay because…? Well, budgetary priorities obviously, but still it seems sad. 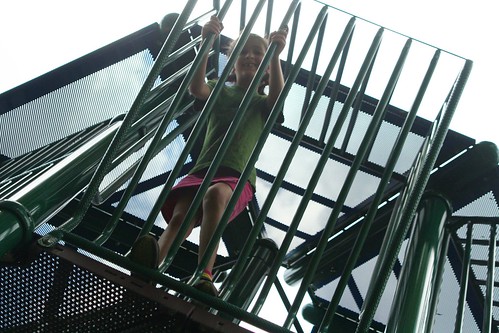 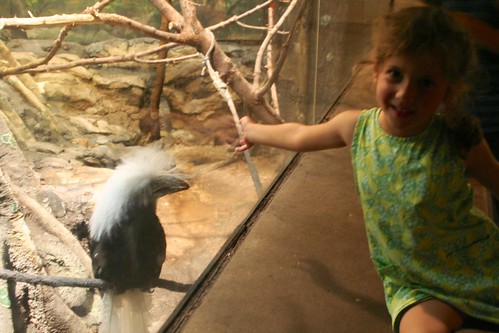 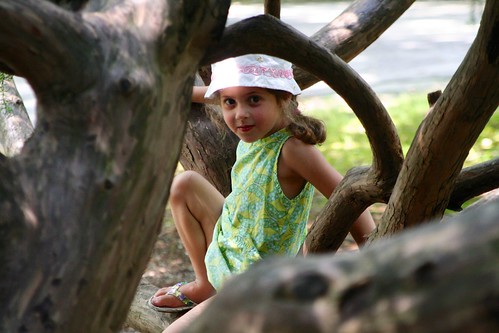 We managed to avoid paying the exhorbitant prices for the concession food at lunch by bringing food with us and we avoided the crowds by avoiding the obviously picnic tables for some we found under a stand of trees that were low enough for the kids to climb, a fact which meant they spent as much time climbing as eating. The one downside were the biting flies that left me with a bunch of welts on my ankles. 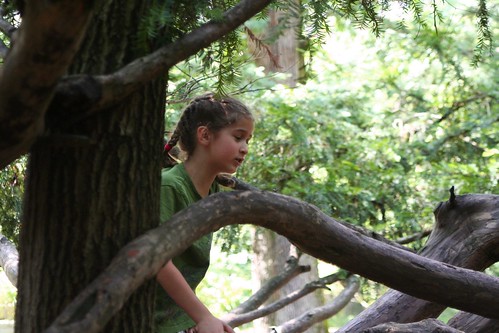 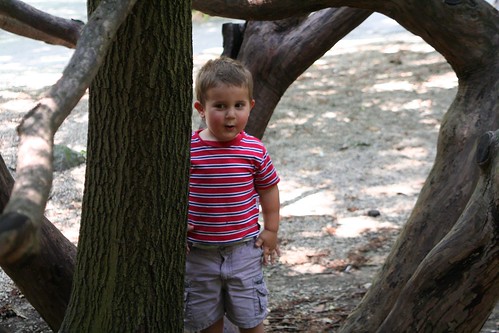 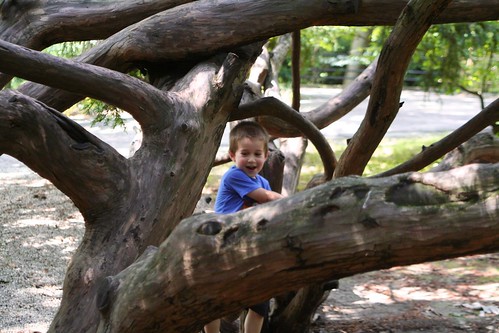 The zoo has several attractions besides the animals, including a vast playscape, and several that cost extra like the merry-go-round, the jungle flight jumping rig, and an immersive safari movie. Most of them weren’t worth the extra cost. We did ride the little “train”, which is a gas-powered tractor in the shape of a train that pulls several cars in a slow loop around the zoo. After we’d purchased our tickets, we found out from one of the other patrons that the train had broken. When I inquired, they said that one of the cars had come loose, but they were looking into whether they would continue. A slightly overwrought Scandinavian woman with a couple of kids who’d been on the train when it broke seemed aghast at the idea they would continue, but it sounds like the pin holding one of the train cars broke and it ended up drifting to a stop against a fence. We managed to take a ride without incident and everyone had a great time. 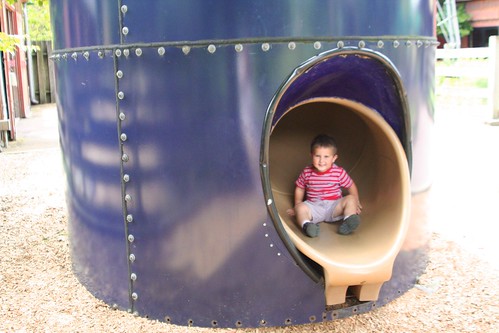 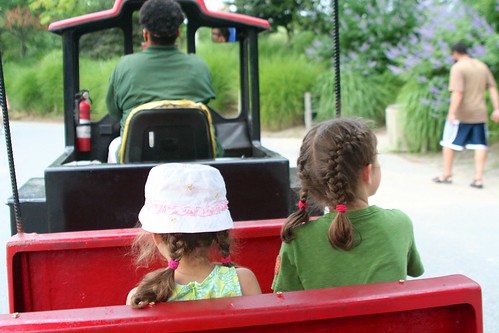 The kids had a great time and while I wish Bella in particular had had as much time as she wanted to draw some of the animals, but the pressure to see as much as possible kept us moving. But Melanie came to the conclusion that with a family membership, going to the zoo is no more difficult than going to the park and if they keep low expectations, like visiting one or two animals rather than all of them, they could make multiple visits throughout the year and take their time on each one. 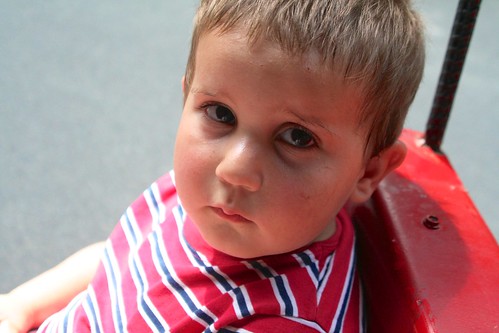 I think this membership thing is going to work out in the long run. Right now we have memberships to the Museum of Fine Arts, the Museum of Science, and the Franklin Park Zoo. I think next we should considering adding one for the newly renovated New England Aquarium. 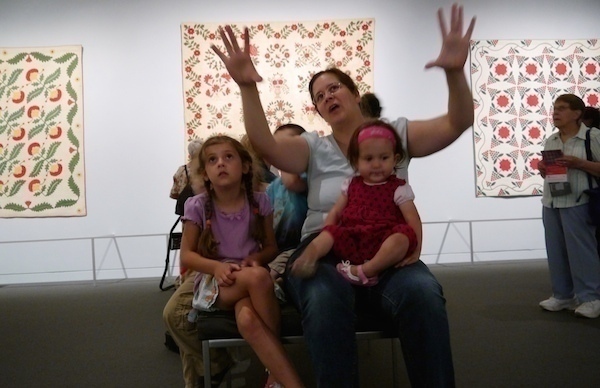 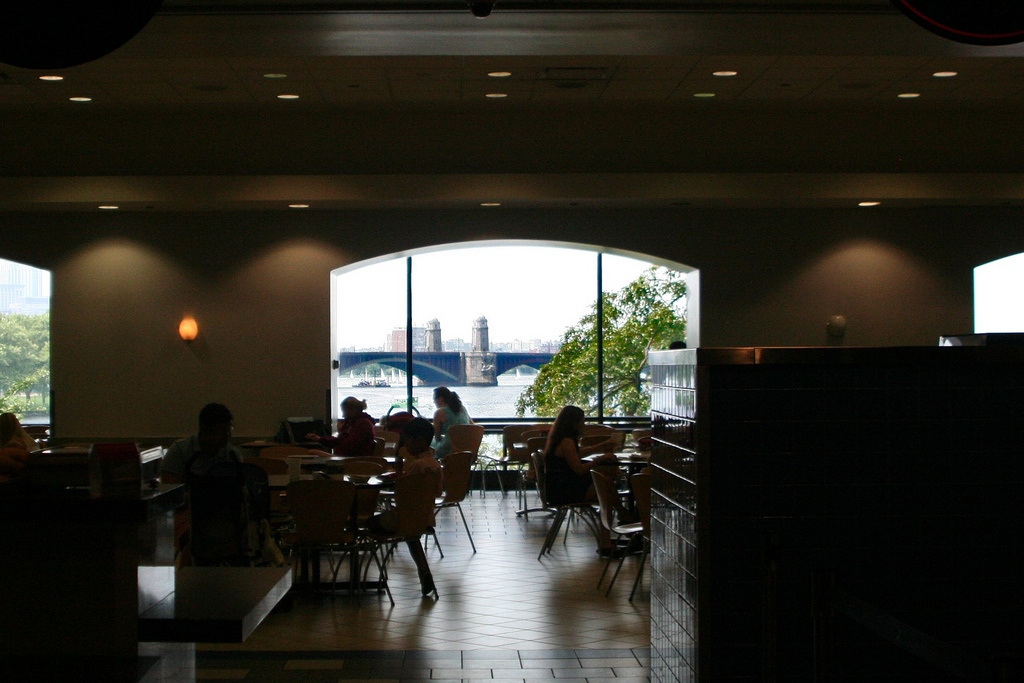 Dead Sea Scrolls at the Museum